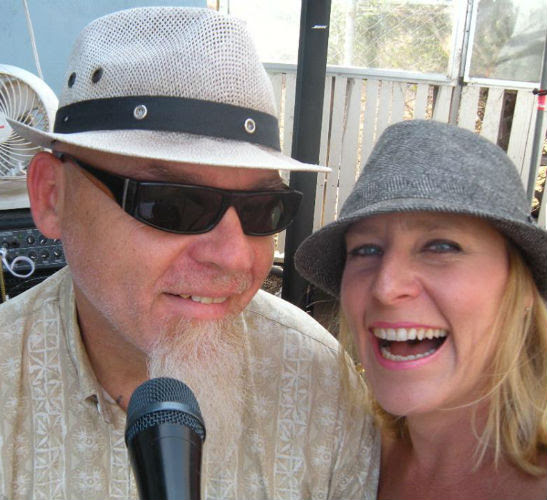 The Sweet Sixx is a husband and wife team made up of Rachel Pack, also known as "Sweet" on stage and her husband Sixx Pack. They are event production managers, graphic artists, social media marketers, tour guides, publishers, and MUSICIANS.

Sixx and Sweet have a combined 50+ years of experience in producing and marketing events, seminars, tours, and festivals. Sixx was a magazine and newspaper publisher, radio talk show host, and ring announcer to name a few of his past professions, and Sweet was a activities director, video host, and fitness trainer and competitor. They met and fell in love in Fresno California in 2001 when Sixx was promoting a concert in a venue next door to where Sweet worked in her last year of college at Fresno State.
Fast forward to 2007 - together they founded Baja Good Life Club, a club offering discounted home, health and auto insurance to foreign residents and travelers in Baja California Mexico, and well as tours and events. Then in 2014 Blues Against Hunger Society was born - Creating Blues music that makes a difference. As musicians, they perform as Sweet Sixx and with The Wild Pack Band. 'Sweet' Rachel Pack on bass, vocals, tambourine, shakers and Sixx Pack on guitar ns vocals. They are not only musicians but real music-lovers and it comes across in their performances as their music moves across the decades with uptempo swing and jump blues, to classic blues and modern blues-rock, with rumbas, waltz, rock n' roll added for flavor and spice.

Married since 2003 and currently retired (from the US), they have taken their love for music and travel and combined it with their life's experience. Sixx and Rachel Pack have both spent their careers producing and managing events and activities of all kinds from blues and Latin festivals to a hundred-mile cancer walk and their own 850-mile walk for charity down the Baja Peninsula. They've worked with a host of different individuals, brands, and organizations. Combining their event production expertise, they have promoted hundreds of concerts, countless sporting, fundraising, and entertainment events and have been awarded a number of prestigious accolades. Sixx and Rachel Pack have always been achievers even when they were not together.

For several years they had been producing charity blues festivals and a variety of other events. Then in 2013, while building a boat from recycled plastic bottles, two musicians Pancho and Sal of the Rio Samaya Band while staying and helping them build the boat suggested Sweet and Sixx become musicians. Their lives have not been the same since. 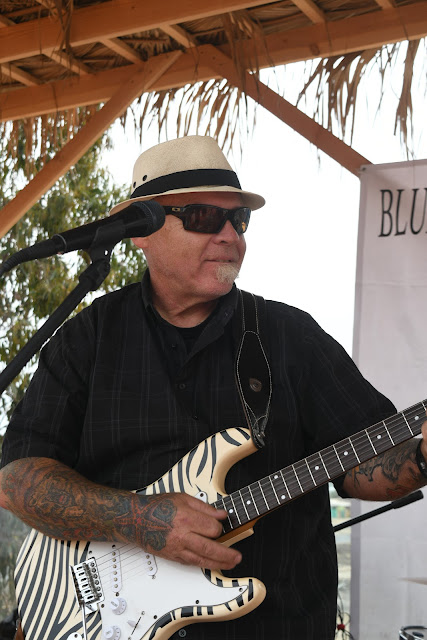 John "Sixx" Pack was always creative and enjoyed chasing his passions, especially music. He promoted his first multiple band festival in 1985 when he was only 19 years old. During his early 20’s he worked with several promoters on concerts for bands such as WASP, Night Ranger and Scorpions and other popular rock bands of the time. At the time, Sixx also managed a handful of bands, securing opening positions in regional concerts, and produced a compilation album.
In 1986, he moved to Seattle working as a guitar technician, club DJ, and eventually regional club manager for local nightclub chain.
MORE ABOUT SIXX 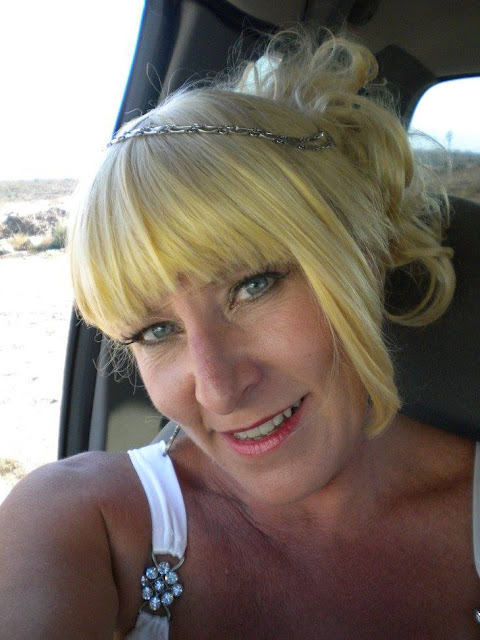 While Sixx had a love for music and made many course changes, Rachel was rather different. She loved fitness, leading her to the position of Vice President of the California State Fresno Kinesiology Club. There, she worked to produce the KPC Fitness Expo for 3 years.  For the remainder of her time before Sixx, she stayed firmly in fitness and worked in many positions including head lifeguard, fitness trainer, aerobics instructor, marketing director, event promoter, technical advisor and talent manager.


Rachel is an expert at working with people and managing fundraising events, something she learned from her nearly 11 years working for the YMCA. During her time at the YMCA. 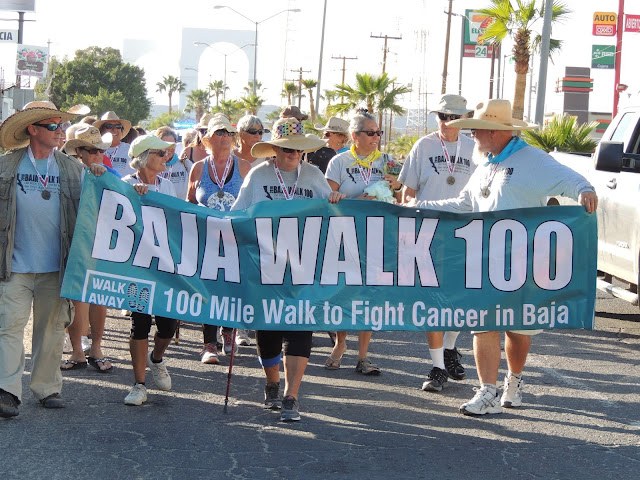 The Baja Walk 100 - 100 miles, 5 Day walk against cancer.
Rachel and Sixx's most moving event was The Baja Walk 100, a 100 mile, 5 days cancer walk in the San Felipe Baja California desert. This is a fully supported walk with support station every 3 miles of the 100-mile course. The event was life-changing for all involved. 2016 Baja Cancer Walk 100 - Raised over $9,000 USD for San Felipe Cancer Society and Mujeres Que Viven, AC.

The Mexico Report has honored us with their prestigious "REAL HEROES of MEXICO AWARDS" for our contributions to Mexico in 2012 & 2015, specifically Baja. We are very proud of these awards.  2012 and 2016


The Blues Against Hunger Tours 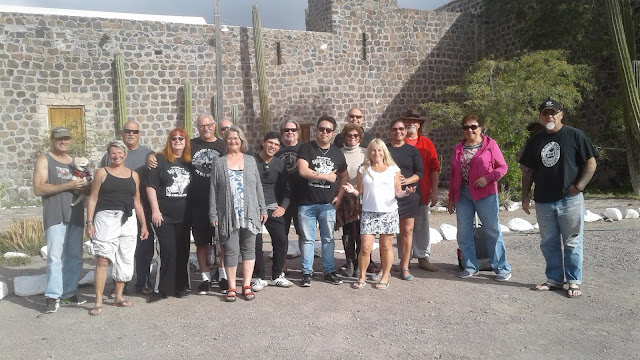 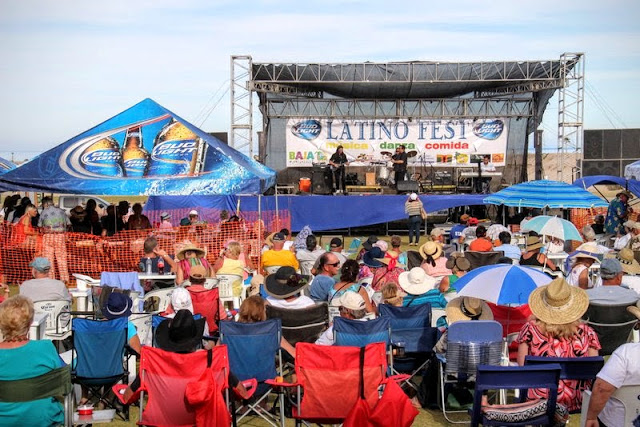 Saturday, February 15th, 2014 Rachel and Sixx, along with good friend Terry Van Arsdale produced the Bud Light Latino Fest. The event will be held at La Ventana del Mar Resort, a beautiful world-class resort located on the beach of the gorgeous Sea of Cortez. Sponsored by Bud Lite / Corona.

The event was a great success, not only in terms of attendance but also the variety of Latin music from Flamenco to Norteno and including the finest Latin cuisine. Including performances by Los Regionales de Mexicali, Tesoro from Tuscon Arizona, and many others. The Baja Latino Fest was a unique bilingual multicultural event is for everyone of all ages. A celebration of all things Latin; Music, Dance, Food, and Friendships. Photos: 2014 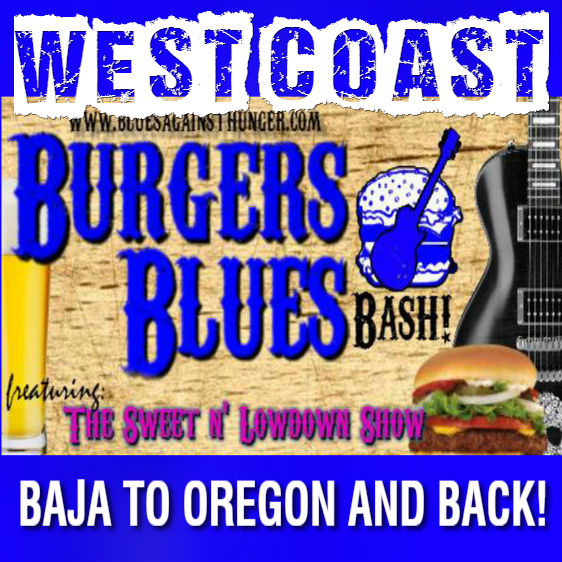 The first food drive campaign of Blues Against Hunger was the Blues Music Food Drive Tour on the West Coast including Baja, California and Oregon, and many great venues along the way, including the World Famous Johnny in Hollister California. http://www.bluesagainsthunger.org/ 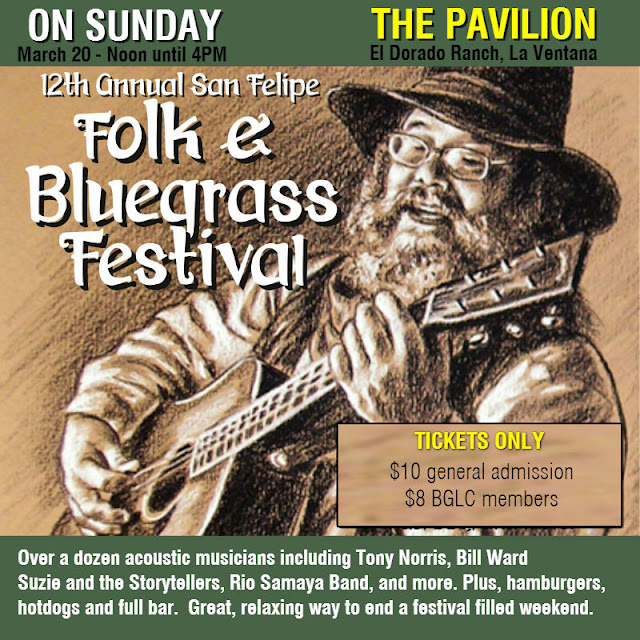 2011 - 2015 A special day every year when the clan from north of the border come down to Mexico from throughout the southwest with fiddles, guitars, banjos, flutes and more, strapped to the tops of their cars with tents, ice chests, and beer. It is always a week of music on the beach followed by a special concert the night before the musicians leave. A great time with amazing musicians.

2013 Chatarra Bottle Boat Project (Facebook - Google) Chatarra Liferaft Project was a plastic waste awareness project for Baja. The idea was to create a boat from plastic bottle waste and sail the boat down the sea of Cortez from San Felipe to La Paz. check out the Gallery

The CHATARRA Project. A smaller craft seen in the video is the second craft built. The first was a large 2-person foot powered paddle boat catamaran seen in the photos.

A small promotional video produced by Baja Bound for the Baja Love Ride, a 4-day charity bike ride produced by Sweet and Sixx in 2011.

A 9-minute documentary by Baja Bound of the 2011 Baja Love Ride produced by Sweet and Sixx.

2012 Baja Walk (In 2012 they walked 850 miles down the Baja Peninsula May - July (in 74 days), as a fundraiser for Baja non-profit organizations.) During this walk members of the various communities would participate in a walking the "first mile" for a donation, the donation would remain to support the community where needed: Facebook.
2012 BAJA WALK - The Children of San Juanico Welcome Sixx and Sweet as they walk into the small Mexican village of San Juanico, Baja California Sur, Mexico on Sixx's birthday.

BAJA WALK - The Hunt for John "Sixx" & Rachel Pack. The video was shot by Desert Bull, John and Seth on their search in the desert for "The Walkers".

2012 BAJA WALK - discussion before the walk began. A promotional video outlining the goals of the Baja Walk 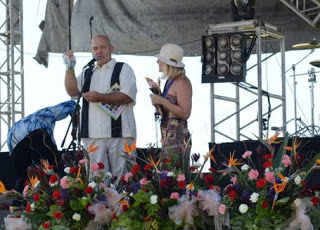 In 2012, Marty and Jackie Alameda hired Sixx and Rachel to help them produce a fundraising blues festival in Rosarito Beach. The event was a great success and launched a new blues event in Baja California. Featuring the best regional and international blues artists and has raised thousands, for the local kids in need. The Baja Blues Fest Organization raises funds and assists in fundraisers for the wellbeing and education of Baja Children. Held each at the Beautiful Rosarito Beach Hotel in Rosarito and has become a premier Baja event that supports orphanages, reading programs, scholarship organizations and even assist with the payment of utility bills, medical needs, clothing and furniture needs in and during building expansions. The event continues to grow and help Baja children. Photos: 2012

The band was formed in 2013 when Sweet and Sixx were asked to help the San Felipe food bank. After the two had spent most of their lifetimes backstage, producing events and most recently blues festivals (2008-2012); and after falling in love with the blues, and with the encouragement of many musician friends, Sixx, and Sweet Pack formed a band. Wild Pack (now Sweet Sixx) is a full-time touring jam band and host band for Blues Against Hunger Society, international charity food concerts  "We're blessed to be able to do what we love, travel, play, music and follow our passion of helping others. We now play with musicians, far and wide, and share what we love. We hope to jam with you, sometime, someplace - out there in the WILD!"